I grew up when the boardwalk was still the place to be to see the upcoming bands in Sheffield. One of the best exports has undoubtedly been the Arctic Monkeys. They’ve gone from track suits to church suits but the message stays the same.

I wrote this review at the time AM was released.

This is Chip Shops and Chardonnay; Sean Bean and Motorcycles, truly rock and roll with the lights off. AM is a long way from the Boardwalk but this still feels like a new beginning, a new twist on the Arctic trail.

Do I Wanna Know sets the scene as it seduces you with it’s swaying riff and electronic drum heartbeat. It feels like a your listening to a Turner monologue whilst star gazing through an electric guitar. If this sets you up then R U MINE? knocks you out.

From the moment it kicks in you’re hooked. The lyrics are both brilliant and brave as it feels set in reverse ” I’m a puppet on a string, Tracey Island: Lone ranger riding”. If a song had a dress sense R U MINE is in leather and shades and not taking them off to go indoors. Helders screeches in the background, linking with Turner as they quip “oh ahh” in the middle of a blatant rock song. 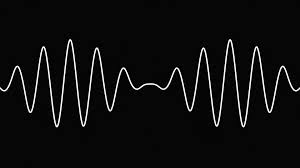 This slinks into One For The Road where the whole thing feels like you’re watching Turner put the moves on a dame in a Jazz Club; the music is splashy and the drinks are free. The whole feel of the album is progression, you know there are songs waiting in the wings that didn’t make the first team like “you’re so dark” which could have easily made the cut but the balance feels right.

This is shown perfectly by the next track on the album Arabella. The start of this track is pure rock in its most subtle and yet glaringly obvious form. The way the drums are simple and yet pierce through, the guitar that skittles across the track, tip-toeing to the chorus where you are slapped in the face with the cosmic call of Sabbath style riffing. This is supposedly based on Turners girlfriend and what wouldn’t be to like about a girl with Gator skin boots who smokes organic cigarettes.

Whilst this album is about growth (the only thing that has moved back is each members hair with the help of a tub of hair gel) they also point to their influences and give them a tip of the hat. Mad Sounds, a song that sounds straight out of Costellos back catalogue, (possibly because his own drummer Pete Thomas is on this one) is taken from early Arctics producer Alan Smyths original song. Then there is the much more on the nose use of I Wanna Be Yours plucked from John Cooper Clarke. This gives the record a route home from the States with lines such as “I wanna be your leccy meter, that you get cold without”.

The Sheffield group were given plenty of help from friends old and new with people like Bill Ryder-Jones (ex-Coral) creating the melancholy solo in Fireside,which is backed by the 70’s style backing of “shoo op, shoo op”. Josh Homme a familiar face to these now belts out of 30 seconds of high pitched melody in Knee Socks and lends his voice to One for the Road.

The first single released from this album that set everyone up to AM was the R&B influenced Why Do You Only Call Me When You’re High? Turner strolls though this like a trip down memory lane and the groove of the track simply chases him with Helders cracking backing in tow.

The record is kept moving throughout with tracks like I Want It all which features rising guitar only topped by the height of the vocals. No 1 Party Anthem in which you hear Turner talking about parties previous ” Sunglasses in doors, par for the course” and Snap Out Of It which feels ultimately like a song from the back end of the 60’s.

This is still Rock and Roll but written by Dr Dre on the wall of the Leadmills bathroom. This record is a cosmic shot of adrenaline to those who had fallen out of love with the Arctics. Put on your leathers, turn off the lights, hold on and ride the AM Helter Skelter.